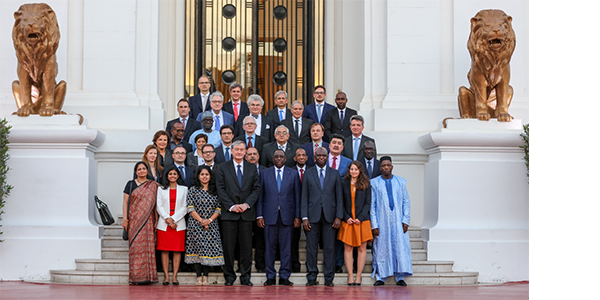 Panelists were welcomed at the Presidential Palace by H.E. Macky Sall. 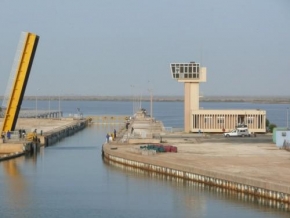 After its constitution and its launch on 14 and 15 November 2015 in Geneva, the Global High-Level Panel on Water and Peace met for the second time in Dakar from April 5 to 7, 2016.

The meeting enabled the Panel to advance on the development of concrete proposals to prevent and resolve water-related tensions internationally. The event was opened by the Senegalese Prime Minister H.E. Mahammad Dionne, and provided multiple opportunities for exchanges between panelists and regional actors.

Two main themes were highlighted during the meeting: i) financial incentives for trans-boundary cooperation; and ii) the protection of water infrastructure against violent conflict and terrorism. Panelists were notably able to learn from the experience of the Organisation pour la Mise en Valeur du fleuve Sénégal (OMVS). The OMVS, which was created in 1972 and offers a compelling example of successful cooperation in a trans-boundary basin including Senegal, founding member of OMVS, and host of the second meeting of the High Level Panel on Water and Peace. More information on OMVS is available at www.portail-omvs.org.

A major highlight of the Dakar meeting was a visit to the Presidential Palace on April 6th for a discussion with the President of Senegal, H.E. Macky Sall.

Panelists concluded their meeting with a field trip on the banks of the Senegal River, including a tour of the Diama dam, to highlight the achievements of solidarity and peaceful management of the Senegal River basin's water resources. They spent the night in the historic city of St. Louis, the former capital of French West Africa.

Built in 1986 in the Senegal River Delta, about 26 km upstream from St. Louis, the Diama Dam is an anti-salt structure that prevents the intrusion of sea water into the river. It ensures, for this purpose, the availability of fresh water for irrigation, drinking water and filling of lakes and depressions. The management and operation of the dam is entrusted to the SOGED Company, created in 1997 by the States of Mali, Mauritania and Senegal. Its headquarters are in Nouakchott. 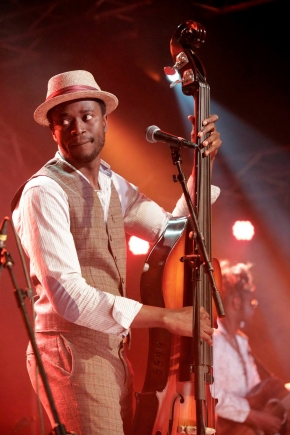 The meeting of the World High Level Panel in Dakar also marked an important step in the progression of the Symphony for Water and Peace, initiated in November 2015 at the Panel’s launch. Inspired by the first composition provided by the Swiss bassist Mich Gerber, the famous Senegalese musician Alune Wade enriched the Symphony with his own original contribution.

More information on the Symphony for Water and Peace is available here.

The Dakar meeting also helped to prepare the next session of the Global High-Level Panel, to be held in Latin America at the end of 2016, and which will notably focus on inter-sectoral conflicts over water. 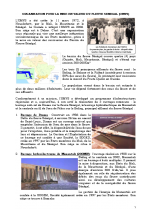 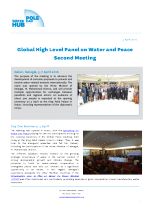 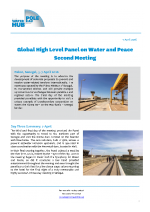