Art for Water and Peace 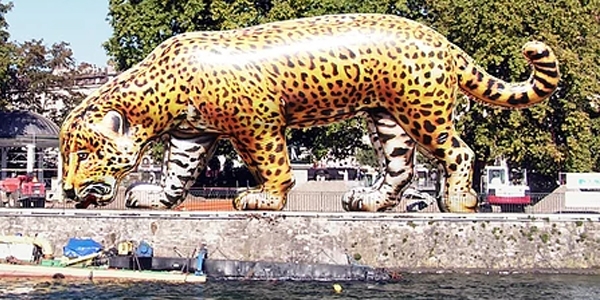 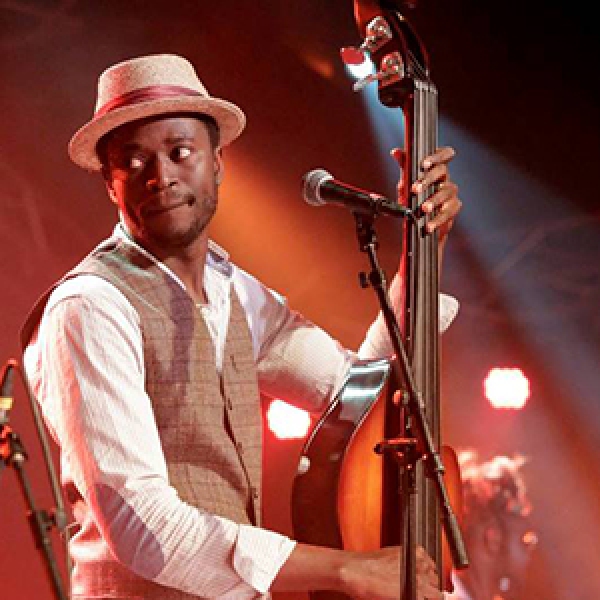 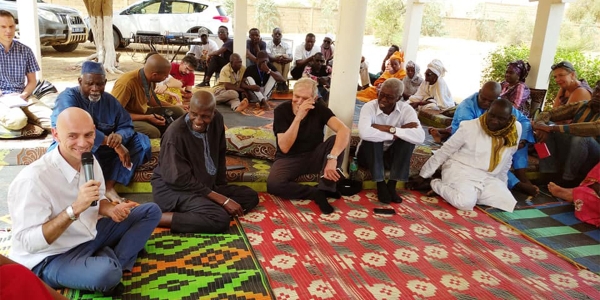 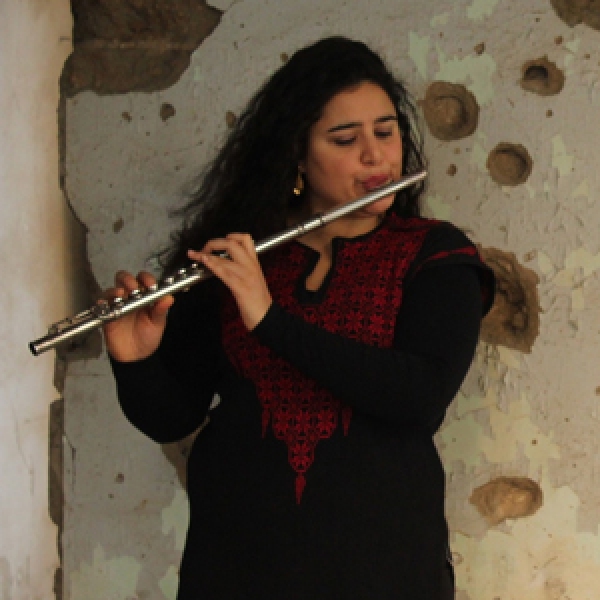 The Geneva Water Hub believes that Art is a powerful vehicle for spreading messages around the world on the crucial issue of water. For this reason, it is involved in two distinct artistic initiatives approaching and conveying messages in an original manner around water and peace to the wider audience possible.

The Global High Level Panel on Water and Peace’s messages and recommendations are finalized, they have also been conveyed in the universal language of music. Indeed, a unique and particularly inspiring feature of the Panel’s work is that it is accompanied and enriched by musicians from around the world. The result, an original Symphony for Water and Peace, has been composed progressively as the Panel convenes in different continents. The Symphony is intended to become a powerful symbol and inspiration for all efforts to make water a source of cooperation and peace.

The 1st Movement of the Symphony was composed by the Swiss double-bass player Mich Gerber (offcial page), who performed during the Panel's opening ceremony in Geneva in November 2015. His contribution can be heard here: Listen to WODA.

The 2nd Movement was composed by a famous Senegalese musician, Alune Wade (official page), for the Panel's second meeting which took place in Dakar in April 2016. This second part, to which the Syrian flutist Naissam Jalal (official page) contributed, can be listened to here: Listen to SALOUM.

The 3rdmeeting of the Global High Level Panel on Water and Peace was held in San José, Costa Rica, from 7 to 9 December 2016. The 3rd Movement was hence composed by Carlos Guzman (official page), a musician and musical director of Costa Rica. Listen to the 3rd Movement "AGUACERO EN EL TROPICO".

The 4th Movement "FIREWATER" was composed by Jordanian musician Tarek Younis (offcial page) on the occasion of the Panel's meeting in Amman, Jordan, between 3 and 4 May 2017.

The first four Movements of the Symphony for Water and Peace can be heard below:

On 14 September 2017, The Blue Peace Orchestra performed the Symphony for Water and Peace for the first time in its entirety on the occasion of the Launch of the Global High-Level Panel on Water and Peace Report.

On 25 August 2018, on the occasion of the Middle East Mediterranean Summer Summit, Lugano Switzerland, The Blue Peace Orchestra performed the 5th Movement of the Symphony for Water and Peace: Chuva no Sertao composed by Serge Frasunkiewiczc.

Water and Peace at the “Festival à Sahel Ouvert 2020”

As a driver for peace and development, culture has an important part to play in the Sahel region faced with growing destabilization. Water is a major challenge in this context but it isn't sufficiently recognized as such. Yet, one can witness a burst of tensions between communities regarding access to water and natural resources. In this context, a call to explore through culture the roots and the intimate linkages that connect people to water serves the purpose to promote a culture for peace and development and increase awareness about the issues local populations are facing.

With this in mind, the Geneva Water Hub partnered with the "Festival à Sahel Ouvert", which was held in Mboumba on the bank of the Senegal River between 14 and 16 February 2020, in order to collaborate around Art for Water and Peace through cultural activities to heighten awareness and promote the commitment to water challenges.

This experience was captured in the film "Water and Peace at the Heart of the "Festival à Sahel Ouvert" which sheds a local, philosophical and cultural light on the challenges of water in the Sahel.

The collaboration around Art for water and peace in the Sahel is in line with the philosophy of this festival and was unfolded in three components.

The "Festival à Sahel Ouvert" is organised by the Globe Association and was selected among the 10 most promising projects of the 2019 Paris Forum for Peace. It became known for its approach of local development by culture implemented by closely associating the local population to its management and by supporting professional vocations. This 5th edition, under the patronage of the President of the Republic of Senegal, provided an opportunity to address the vital issue of water one year before the opening of the 9th World Water Forum in Dakar. Numerous artists and personalities spoke on this subject, among whom world-renowned artist Baaba Maal who belongs to the traditional Fulani region “Futa-Toro” established in this part of the Senegal river.

The Geneva Water Hub supported the latest art project of ART for The World: AQUA, an international traveling exhibition focusing on water and its importance to human beings, fauna and flora, curated by Adelina von Fürstenberg, inaugurated in Geneva on 22 March 2017, World Water Day.

The exhibition took place in two different locations in Geneva: From 23 March to 31 May at Île Rousseau, Quai des Bergues, located on the Rhône River in the heart of the city, and from 23 March to 2 July at Château de Penthes in Pregny-Chambésy, located in the area of the United Nations and international organizations.

AQUA aims to emphasize our collective responsibility on the role and use of water in our world today, where water management is a major challenge and a priority objective of the 21st century. The exhibition was presented in avant-première from Geneva, a quintessential city of water, where the Rhône River, after running through the Canton of Valais and forming Lake Leman, flows through the heart of Geneva where it converges with the Arve River before continuing on to Lyon and the Mediterranean Sea.

Being presented for the first time, the artworks by 32 contemporary artists from differing horizons, touched on the preservation of water. The exhibition is conceived to raise public awareness of the notion of interdependence, essential to the conservation of our environment and to the future of our planet. When water is under menace, so too are all forms of life on Earth. Recognized as a vital life-giving element, water is essential to preserving biodiversity and ecosystems. As a human resource, it is at the centre of climate change and its consequences, a possible origin, or a subject of conflict. 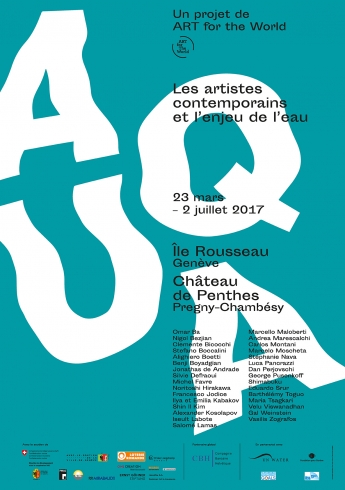 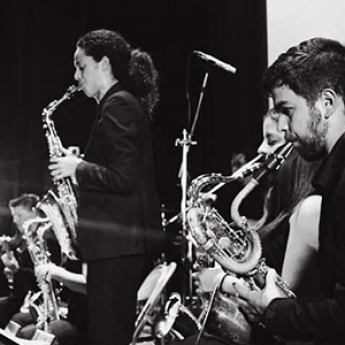 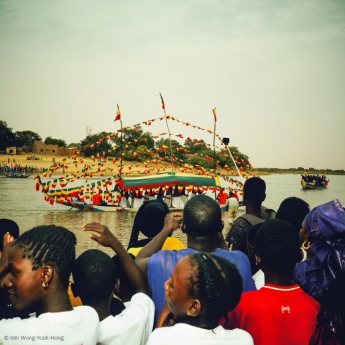 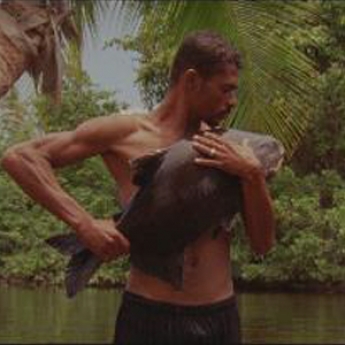